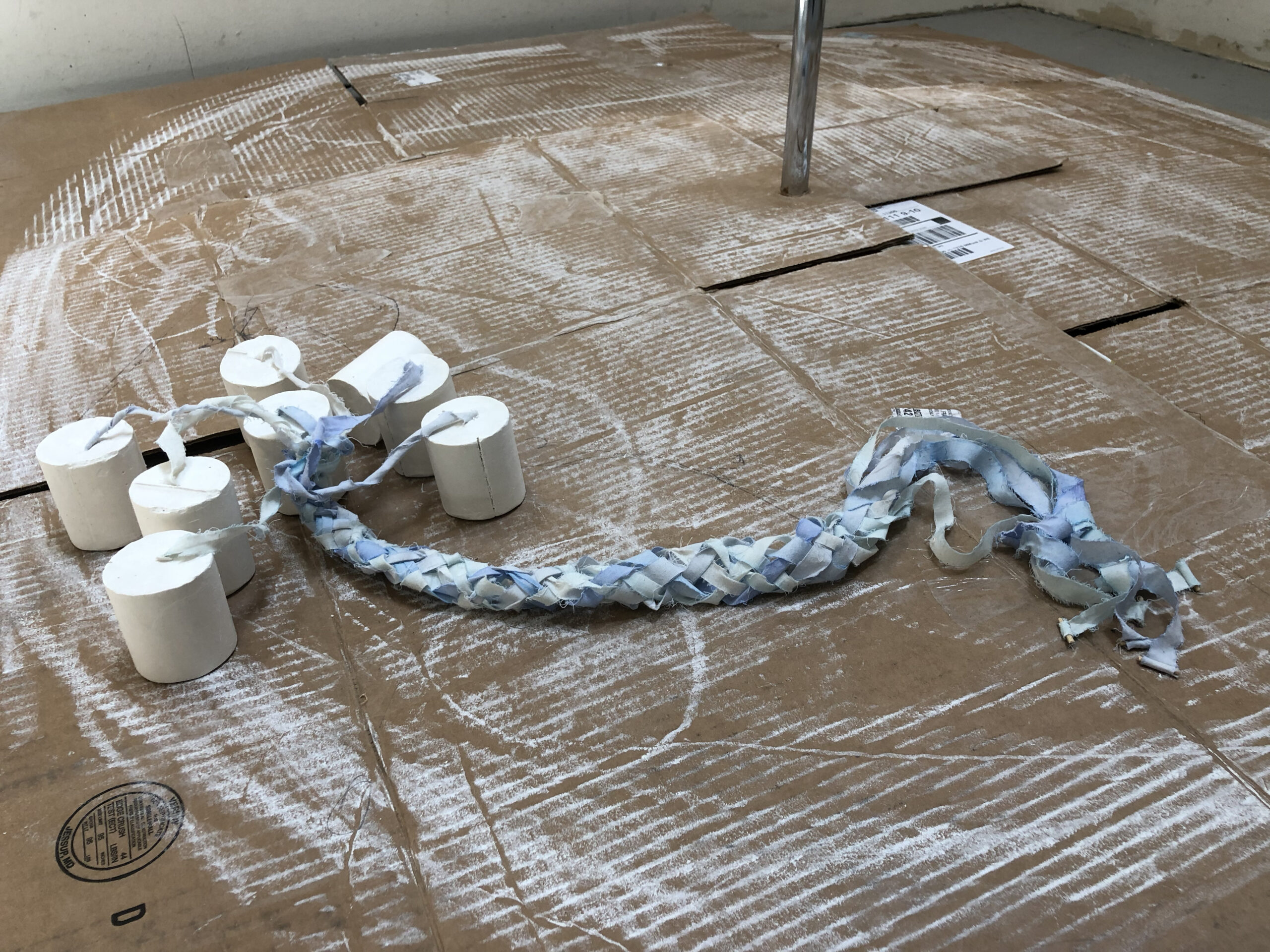 Two or more people have a conversation in a room and then leave it. They leave the room and leave the conversation. The conversation is left in the room. But it has no story. It hasn’t been left with a story. There is no “about.” It is a pattern. Or a patterning. Just the relations. A bunch of prepositions lingering there. Some negotiation. Some coordination. All the social words with which we describe music: harmony, dissonance, chord, discord, resolution, fugue, counterpoint. It is left there. But it is not residue. More like a puppet. It moves. And might be dressed up. A puppet that is a teacher. A puppet that is a teacher with only limbs. And someone else, some other people, might come in and use it; pick it up and dance with it.

Here are a set of maypoles. They are like the midsommarstång danced around in Sweden, like liberty poles and arbres de la liberté that rally a gathering for someone to speak out in a small village in 18th century France or North America, like the poles plaited in Waldorf schools as a part of elementary education, like the Maibäume birch tree tied to the corner of the houses of lovers in the Rhineland. They are model size. Smaller rituals. Some move. Some are obstructed. Some are knotted from the outset. And some are too fragile to stand on their own.

Once circle,
All equally spaced around,
numbered clockwise.
The even numbers face out.

The odd numbers face in—
they do not move, but act as gateposts.

The even numbers move.

Turning left,
And moving back away from the center of the circle
Passing between the next gate posts.

Turning right,
And so on and so on…

One evening in the winter of 1801 as I walked in the park, I happened to meet Mr. C—who was engaged as first dance in the opera, a man very popular with the public. I told him, in passing, that I had seen him several times at an outdoor marionette theater that had been set up in the market square to entertain the common-folk with song and dances and short dramatic burlesques.

He assured me that I need not be surprised at his delight in the pantomime of these marionettes; and hinted that they could be very effective teachers of the dance. Since he did not seem to be indulging a mere whim about them, I sat down with him to discuss this strange theory in which marionettes seemed to become teachers.
— Heinrich von Kleist, On the Marionette Theater, 1810 (translator unknown)